The expansion of the flight network in Can Tho opens up great opportunities for cities and the Mekong Delta region to develop the smokeless industry and attract domestic and foreign tourists. 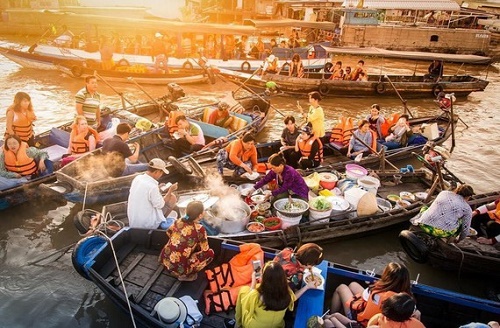 As one of the major economic centers of the country, Can Tho is a first-tier city and one of four provinces in the key economic zone of the Mekong Delta.

Known as the “city of rivers”, Can Tho meets the criteria to become a tourist destination of the whole Southwest region. In particular, one of the outstanding products of the city is the river tourism with Ninh Kieu wharf, Cai Rang floating market and Phong Dien floating market ... The floating market has a unique beauty and is a typical cultural feature of Southwestern residents that can hardly be found in other localities. Can Tho also has many tourist gardens, where visitors can experience the life of people living in the river area through typical activities such as draining ditches for fish or visiting traditional craft villages. “In our country, there are worth-living cities or worth-living coastal cities, Can Tho has the potential to become the city of rivers, an eco-city worth living”, the Prime Minister once said.

According to the World Bank's leaders in Vietnam, with its available potentials, Can Tho city can become a logistics center of the whole Mekong Delta region. With the orientation to become an economic and tourism driving force of the region, Can Tho is concentrating resources to invest in building and developing framework infrastructure, focal works with a long-term vision, In which, attracting private investment into infrastructure is one of the most important strategies. Regarding tourism infrastructure, it is known that large corporations in the field of tourism are promoting development activities in the Western capital such as Novaland Group, Thu Duc House, Vin Group, ... Most recently, the FLC Group said that they are researching and implementing projects of modern urban complexes, resorts, and eco-tourism with a total scale of 1,600 ha. 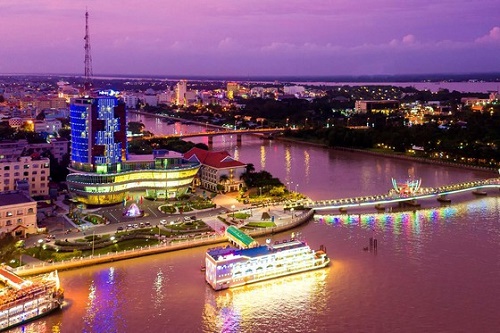 Can Tho is gradually improving towards synchronization and modernity.

On the other hand, to meet the requirements of socio-economic development and investment attraction, many transport infrastructures in Can Tho have been being implemented with comprehensive planning in all aspects of roads, railways, waterways, and airways… In particular, Can Tho International Airport plays an important role in the Mekong Delta region and the whole country. Moreover, the airport opens up great opportunities for Can Tho and the Mekong Delta to promote the development of smokeless industry and attract more domestic and foreign tourists.

Accelerating the expansion of flight network in Can Tho

To promote Can Tho International Airport, the Ministry of Transport and the city of Can Tho are actively calling for airlines to open more routes, connecting Can Tho with other regions in and outside of the country. According to the Ministry of Transport, Can Tho International Airport also supports and encourages domestic and foreign airlines to open direct flights to key markets, especially Asian ones such as Thailand, Malaysia, Singapore, China, Korea, Japan ... as well as domestic destinations including Hai Phong, Quang Ninh, Vinh, Dong Hoi, Thua Thien - Hue, Quang Nam, Tuy Hoa, Nha Trang, Quy Nhon, Da Lat, Phu Quoc in the period to 2025 and Dien Bien, Lao Cai, Rach Gia in the period after 2025. As the first private airline in Vietnam to operate wide-body aircraft, Bamboo Airways is promoting the connection of potential tourism markets in and outside of Vietnam, in which the flight from/to Can Tho is of utmost interest. 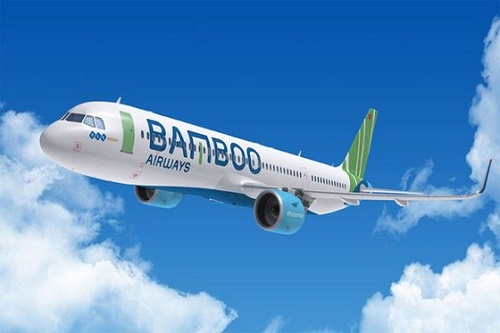 Most recently, Bamboo Airway has launched the Da Nang - Can Tho, beside Hanoi - Can Tho. The opening of new airline routes creates more opportunities for Mekong delta residents and Can Tho citizens to experience the 5-star-oriented service. Additionally, Bamboo Airways hopes to contribute to the socio-economic development of the region through the flight network connecting Can Tho with major tourist cities in Vietnam, and even international destinations.

​Bamboo Airways currently operates 40 domestic and international routes. The airline's fleet is expected to reach 50 aircraft by 2020, including 12 wide-body aircraft. To date, Bamboo Airways has carried out over 20,000 absolute safe flights, transporting more than 3 million passengers with an average OTP (On Time Performance) rate of 94%, the highest in the entire aviation industry of Vietnam in January.