On the afternoon of July 27th, Mr. Duong Tan Hien, Vice Chairman of Can Tho city People's Committee, had a meeting with the Canadian delegation led by Mr. Kyle Nunas, the Consul General of Canada in Ho Chi Minh City, to discuss bilateral cooperation in several areas, especially in hi-tech agriculture, clean technology and waste treatment. This visit is also a farewell from Mr. Kyle Nunas as he is about to complete his working tenure in Vietnam. 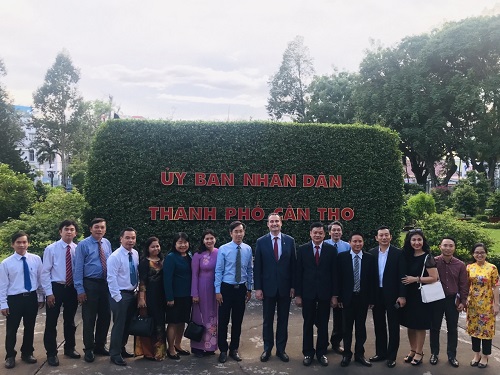 At the meeting, Mr. Kyle Nunas praised Can Tho city for successfully preventing and controlling COVID-19 pandemic and said that this visit is his commitment to promoting trade cooperation between Canada and Can Tho city. Furthermore, more and more Canadian firms eager to explore investment opportunities in Can Tho, especially in the spheres of urban planning, environment, hi-tech agriculture, clean technology, and waste treatment. 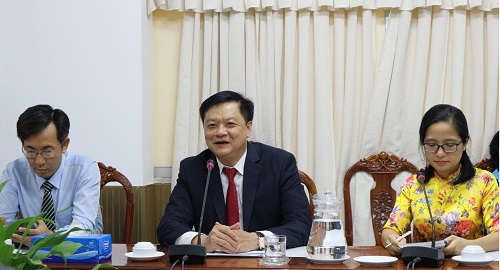 Mr. Duong Tan Hien, Vice Chairman of the People's Committee of Can Tho city at the working session

At the working session, Mr. Duong Tan Hien, Vice Chairman of the People's Committee of Can Tho city said that Can Tho is a dynamic young city with a strongly developing economy. According to Vice Chairman Duong Tan Hien, hi-tech agriculture and environmental protection are considered the development trend and orientation of the city. However, Can Tho city is currently facing challenges in handling industrial and medical solid waste. Therefore, the city leaders of Can Tho will create favorable conditions for Canadian enterprises when investing in these fields.

Speaking of urban planning, Can Tho city is giving priority to calling for investment in infrastructure development such as factories, bridges, roads, and especially the project of Thot Not industrial park phase 2.

There should be more meetings and programs to promote twinning relationships between Can Tho and Canadian localities in the future, Mr. Duong Tan Hien said